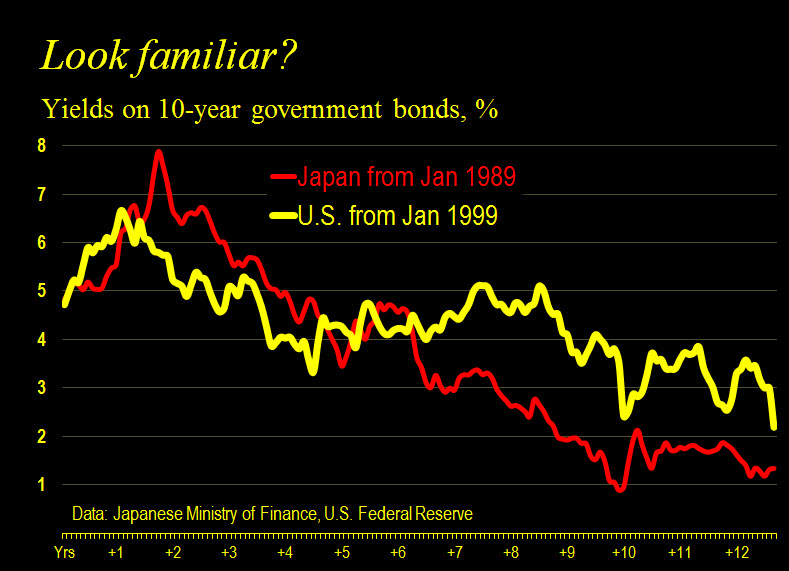 Has the U.S. caught the Japanese disease? Are we destined for growth so slow you can barely feel the pulse?

There are, of course, enormous differences between the U.S. and Japan. They are roughly twice as indebted as we are in relation to the size of their economy. With a birth rate below replacement and disdain for immigrants, they face enormous demographic challenges. U.S. population grows by roughly 1% a year — that’s 3 million new persons who need goods and services. Japan’s population has been shrinking for roughly half a decade.

More on the subject later. In the meantime, the vigilantes of the bond market have spoken. Judge for yourself whether the bond market thinks the U.S. economy is showing symptoms of Japanese flu.