Just back from three weeks in the Emerald Isle, two on a tour organized by the Rick Steves outfit out of Edmonds, Wash. We saw more of Ireland in those 21 days than most Irish get to see in a lifetime.

I took enough photos to bore anyone to tears. 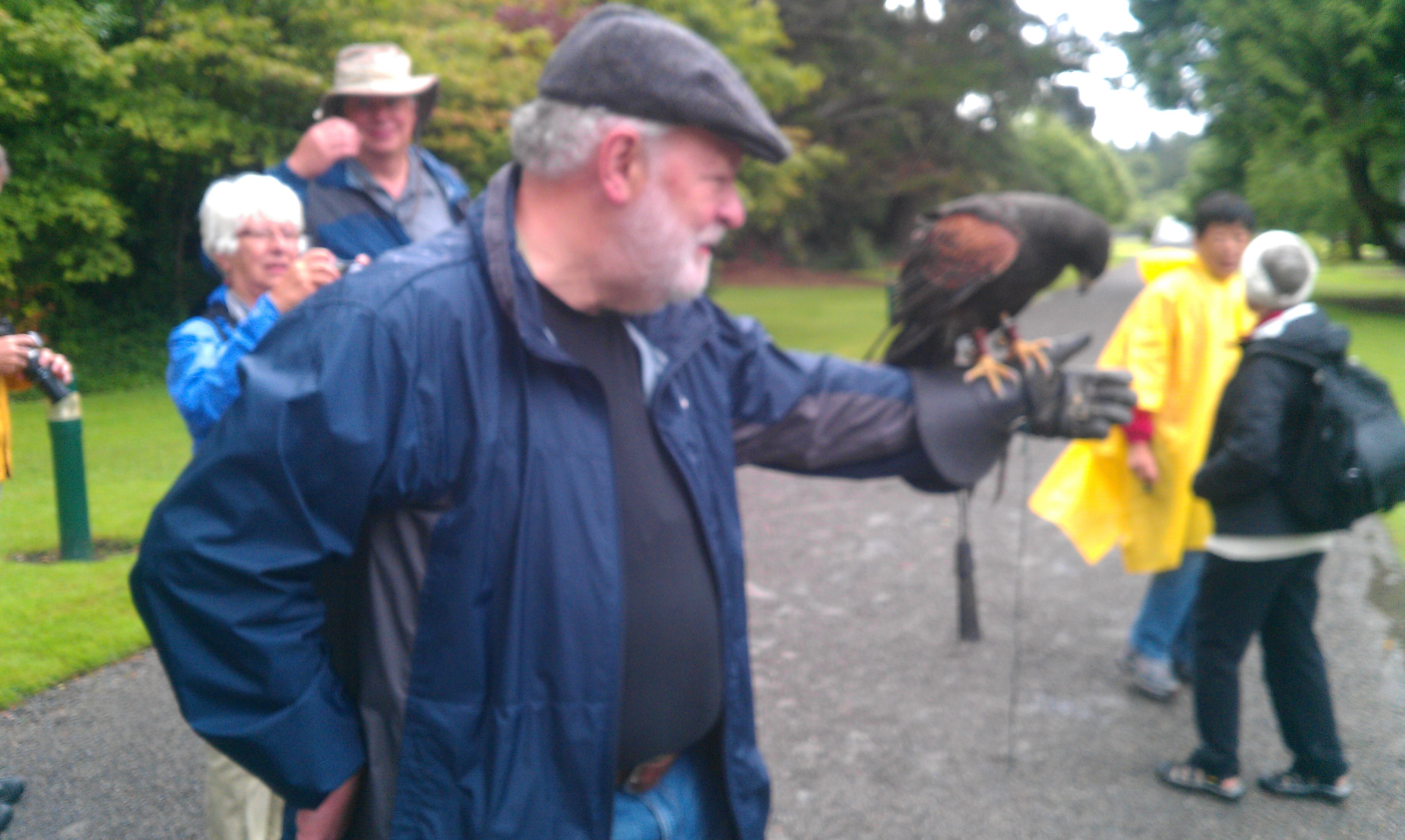 I haven’t quite figured out what to do with them. One possibility: Dump the memory cards to Yahoo’s photo site (flickr), with 1 terabyte of free storage. Then organize them into albums.

One of the many highlights was a “lesson” — really just a walkabout — in falconry on the grounds of Ashford Castle northwest of Galway (County Mayo if I read the map right).

I believe the bird is a hawk rather than a falcon; help me out if you are a birder. The castle doubles as a five-star hotel. 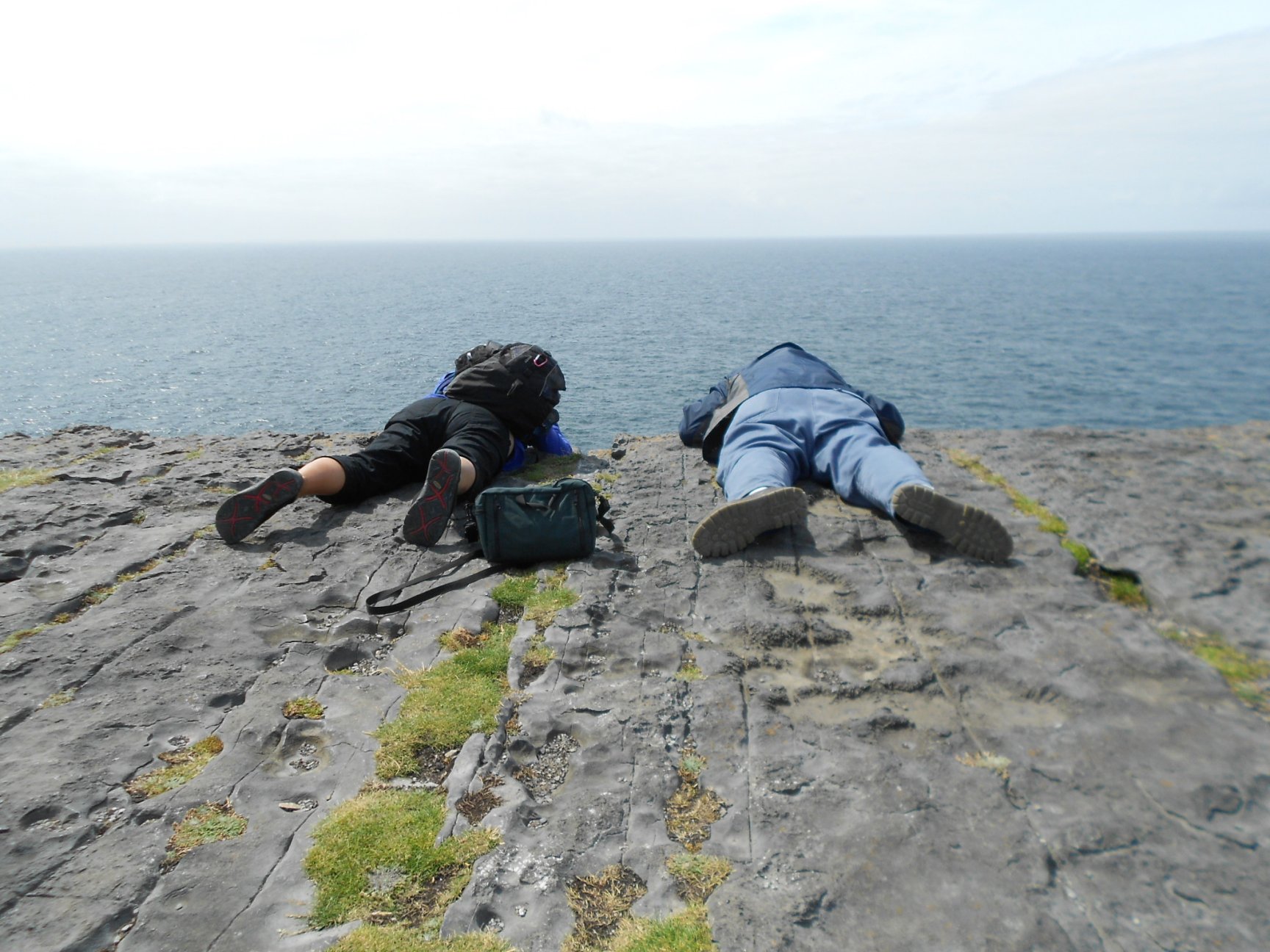 The other photo is of my spouse and I peering over the edge of the cliff at a 2000-year-old ring fort, Dún Aengus, on Inishmoor, the largest of the Aran Islands in northwestern Ireland. It is roughly 300 feet to the frothy North Atlantic. No fence, no guard rail. I doubt you could get away with this in the U.S.

One Response to “Three weeks in Ireland”