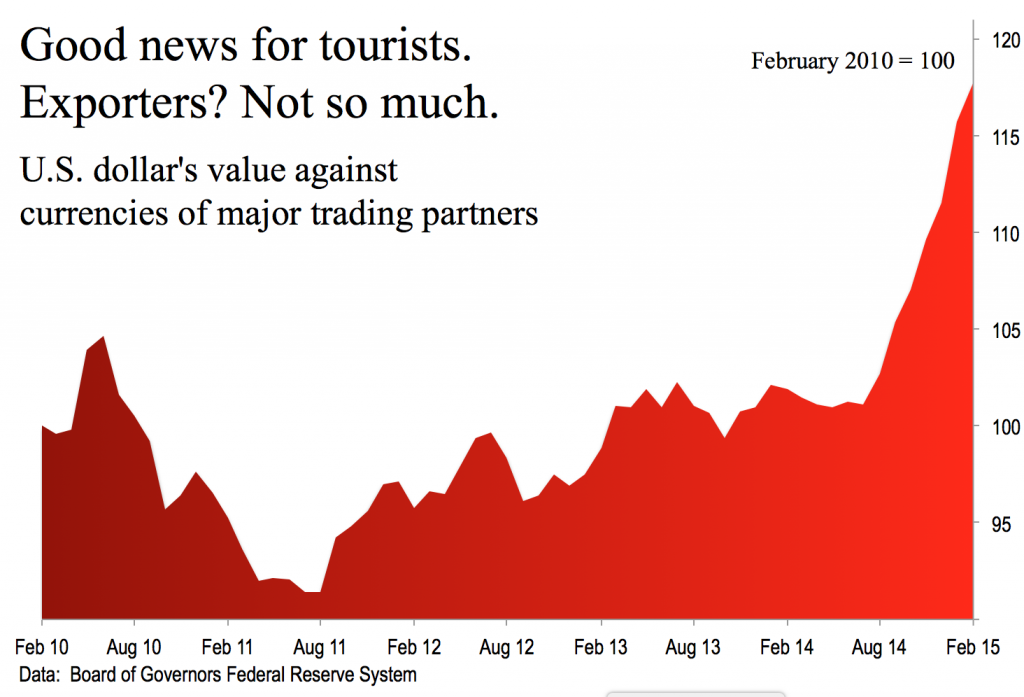 Headed for Europe soon? Your timing couldn’t be better. The dollar is up almost 15% against the currencies of major U.S. trading partners in six months, and almost 29% since July 2011.

The currencies in question are the euro, the Canadian dollar, the Japanese yen, the United Kingdom pound, the Swiss franc, the Australian dollar and the Swedish krona.

Good news for tourists is generally bad news for the Pacific Northwest economy.

The stronger dollar is a double whammy, raising the prices of our exports and effectively reducing prices for imports against which our exporters compete. Particularly if you are trying to export fresh fruit to Asia, the labor trouble that has shut down West Coast ports temporarily just adds insult to injury.

Short-term swings in currency markets have little impact on Boeing’s order book or employment levels. But persistent dollar strength over a long period of time will disadvantage Boeing. Its major competitor prices in dollars but accumulates costs primarily in euros. The finance people at Airbus have to be cheering the dollar’s strength.

The price of oil is more significant in the long term for Boeing. The decline in the price of oil is the flip side of dollar’s strength. To the extent that low oil prices reflect weakness in the global economy, they could be signalling weakness ahead for Boeing’s now-bulging order book.