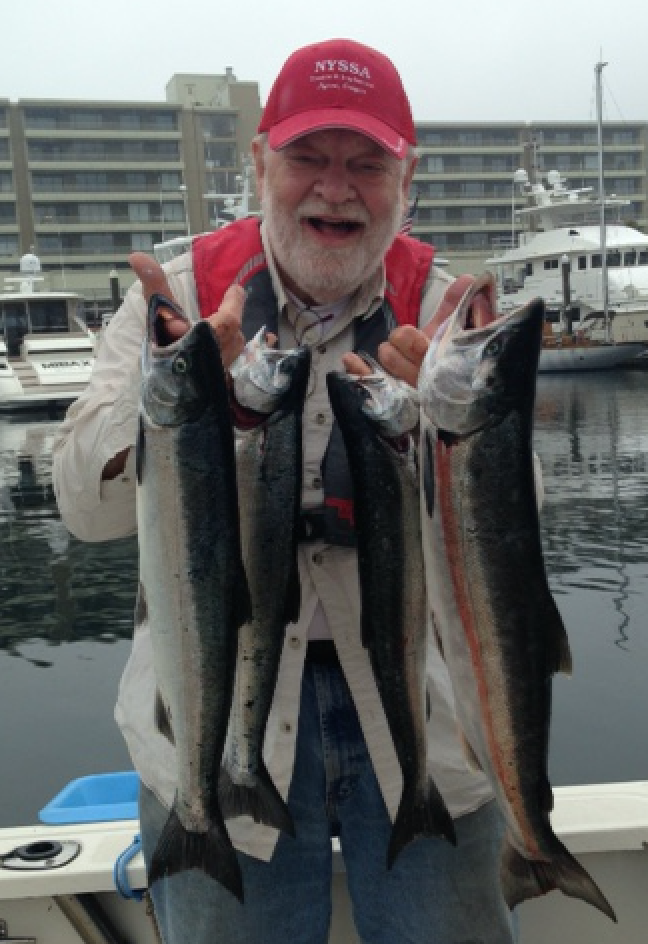 My good friend Vince Schuler has taken me out salmon fishing on Puget Sound several times since early August.

Even a bad day on the salt chuck beats a good day at the office. Fishing has been good, catching not so much.

Until today. We picked up our limit of silvers in about two hours. We had been skunked Friday. We were both delighted to put the skunk out to pasture, at least for one day.

We fished not more than 10-15 minutes from Seattle’s Shilshole Bay Marina, where Vince has had seasonal moorage that ends soon. The exact location, of course, is and will remain secret.

Salmon is food for the gods, in my estimation, all the better when it is fresh.

My sister Marie claims the hat, a gift from her, did the trick. It advertises an awesome  used-farm-equipment operation in eastern Oregon, where she and her husband are building a herd of Irish Dexter beef cattle.

I don’t much care who or what gets the credit. Put me at one end of a fishing pole and a salmon at the other, and I’m a happy camper.