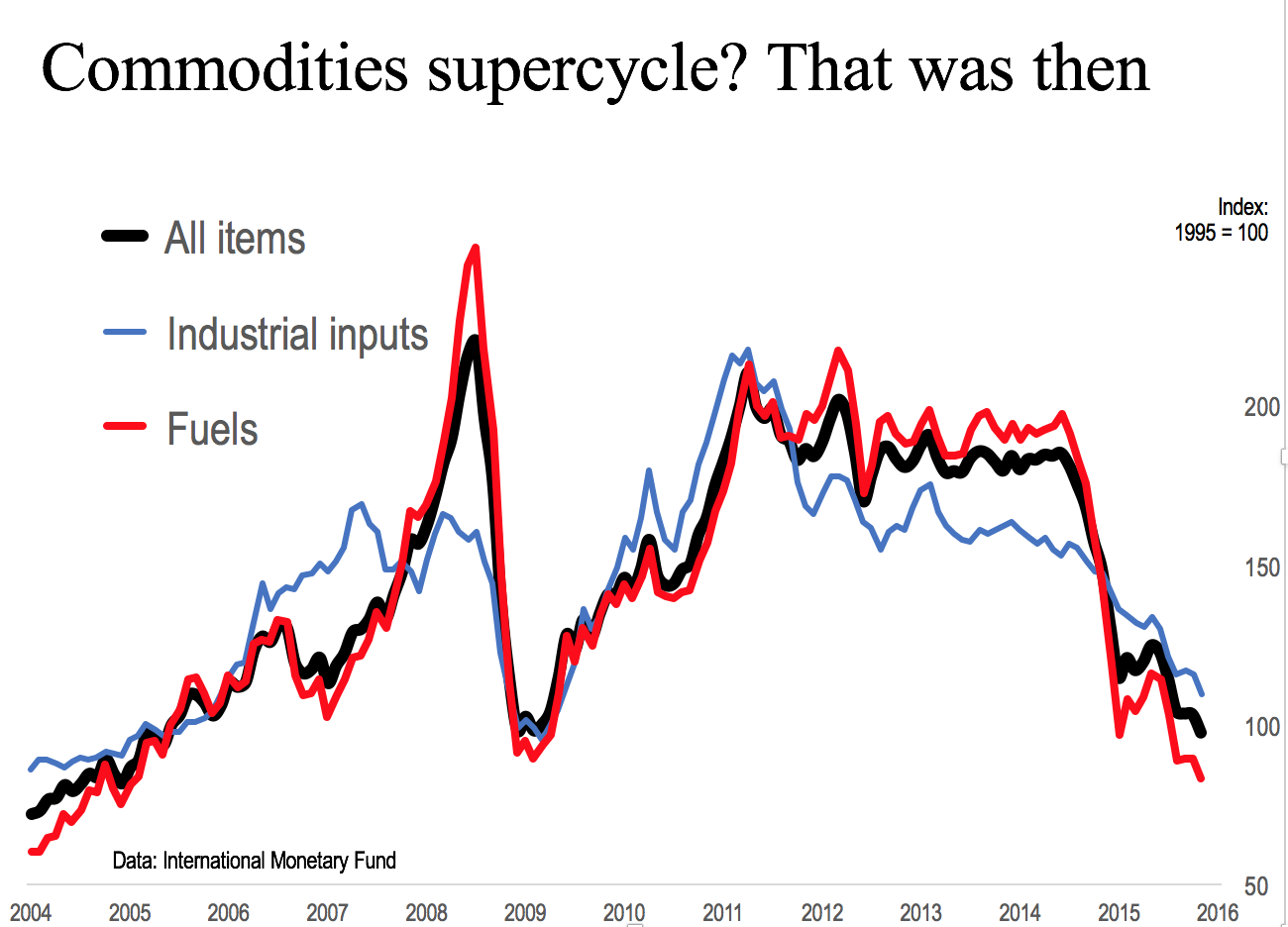 Raising interest rates a quarter point as the Fed did this week does not change the fact that we live in a slow-growth world. Money markets and commodities markets are singing the same song in unison: Almost no inflation, and very little growth.

To say that commodities prices have collapsed is putting it mildly. The 22-item Bloomberg Commodities Index is down two thirds from its peak, to the lowest level in 16 years.

Comprehensive commodities indices tracked by International Monetary Fund are flirting with lows reached at the depth of the Great Recession (Chart 1). 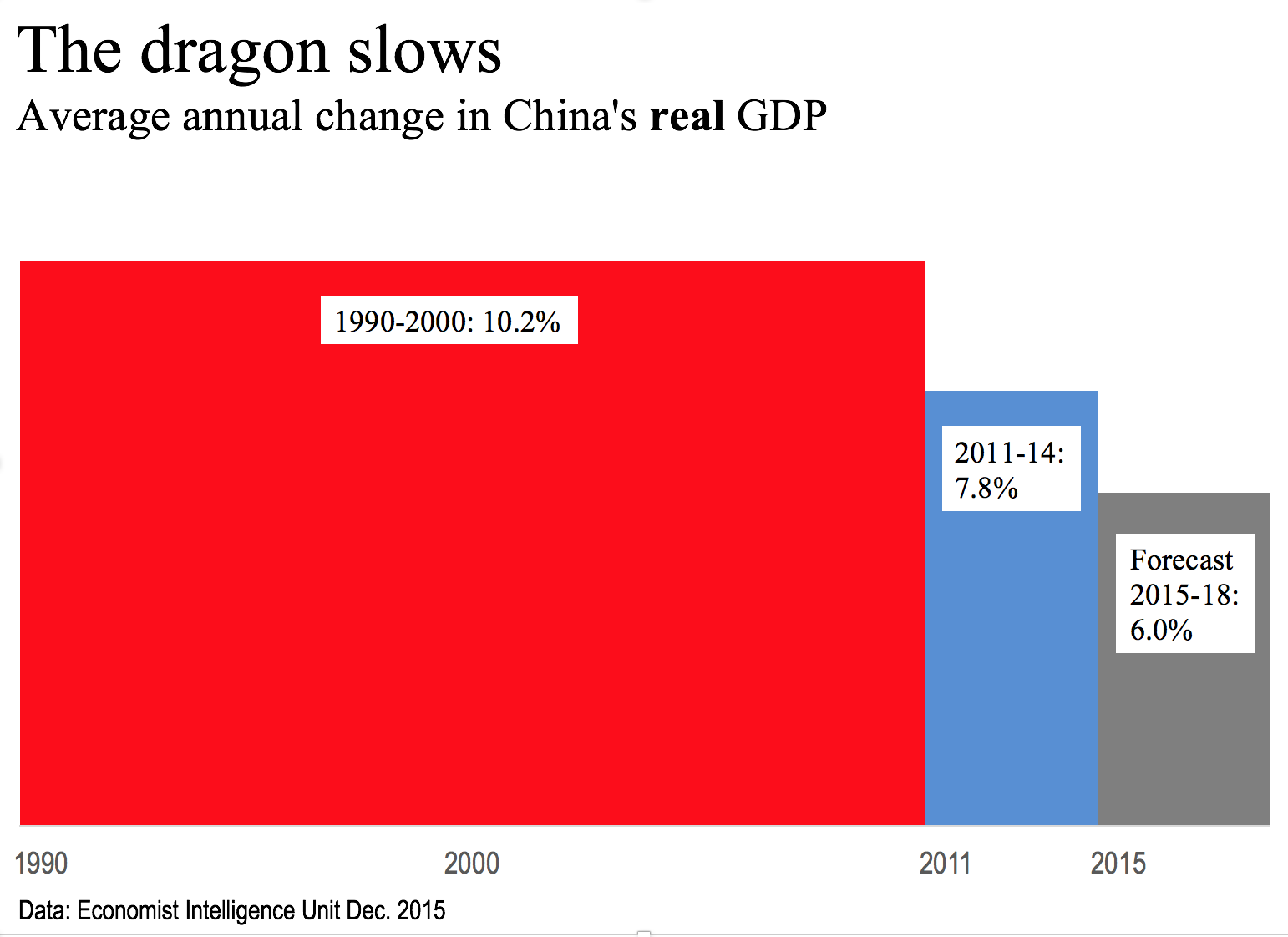 China, the globe’s second-largest economy measured by purchasing-power parity, was and remains the principal driver of global economic growth. For 21 years from 1991, China’s economy grew at an astounding rate, estimated at 10.2%. The pell-mell growth rate peaked at more than 14% in the early 1990s and again in 2007, just before the Great Recession.

But as Chart 2 illustrates, China’s growth rate has fallen off dramatically. The Economist Intelligence Unit estimates China grew at a real rate of 7.8% in the four years ending in 2014. EIU forecasts the average growth rate in four years through 2018 at just 6.0%. That’s 41% below China’s 1990-2010 average.

In parts of Europe, meanwhile, nominal interest on deposits and short-term government paper are negative. Banks are charging some of their customers a small fee to keep their money safe. Governments are issuing short-term bonds that pay less than the purchase price at maturity.

Despite the Fed’s move, interest rates in general are at the lowest since biblical times. Chart 3 illustrates interest rates on benchmark 10-year government bonds of the United States, Japan and Germany. 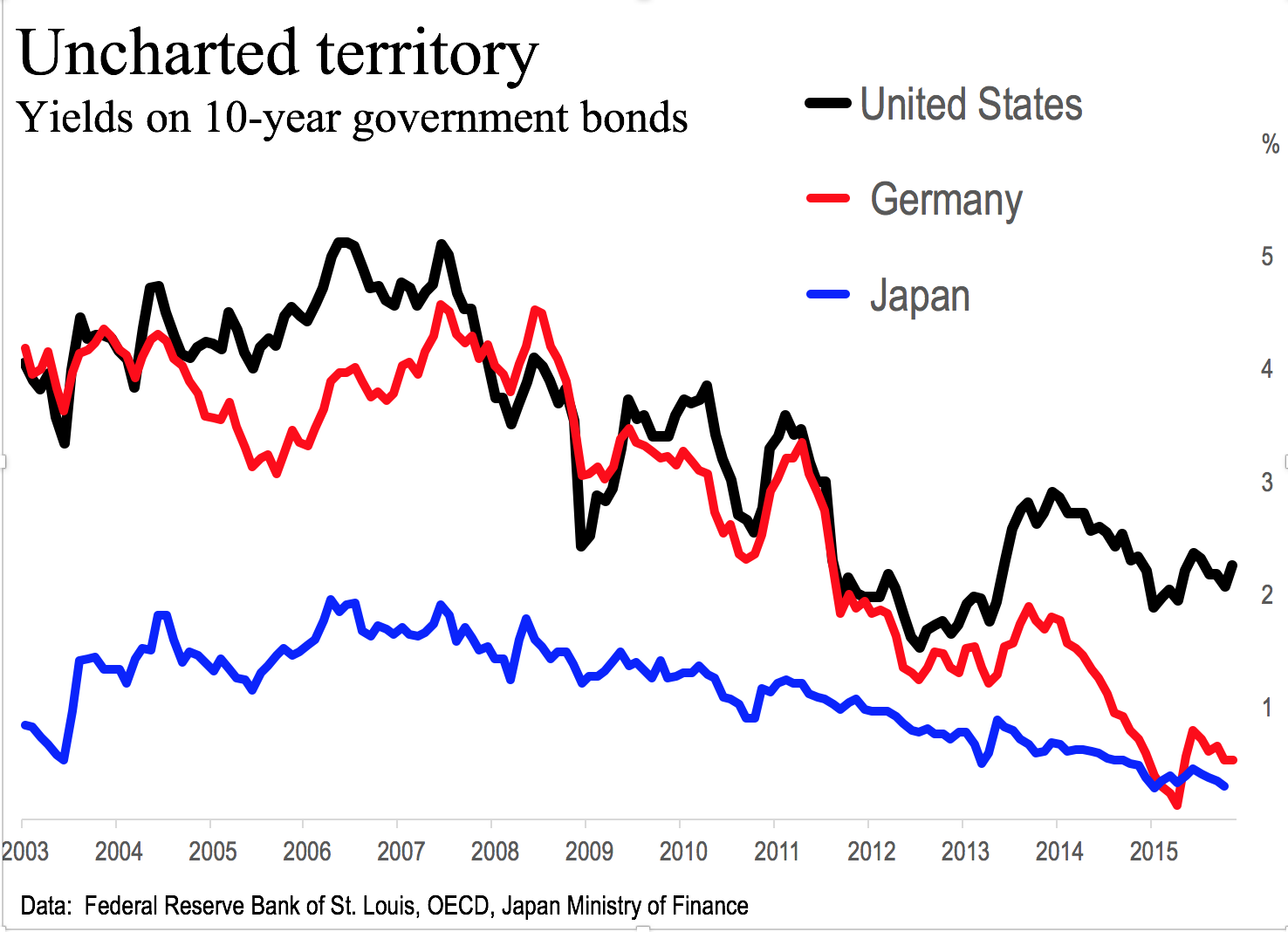 Where does the Fed go from here? My guess is “one and done” for a while. My hunch is that interest rates will remain low for a long time. I hope I’m wrong. Higher interest rates would signal stronger demand for money and a stronger economy.