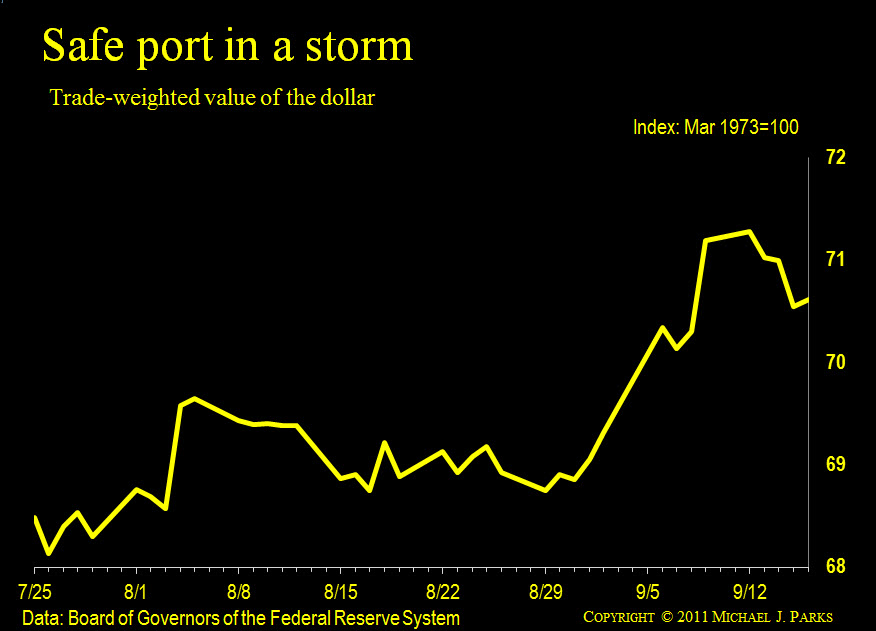 Gas at $4.00 a gallon? Gold at nearly $1,800? One of the reasons is that the value of the U.S. dollar has fallen by 38% in a decade, measured against the currencies of major trading partners.

The collapse of the dollar to 97-lb. weakling status has been a drag if you favor German cars, French wine and August in Tuscany.

But it has been music to U.S. exporters’ ears. A weak dollar makes U.S. exports more competitive, and raises the price of imports — unless, as in the case of China, import currencies are pegged.

Pacific Northwest farmers and growers love a weak buck. So does that sales team at Boeing. Airbus hates it; it prices in dollars, but has to pay in euros.

The punch line: With Europe seeming to unravel, the dollar has suddenly become a safe haven. At the end of last week, it was up nearly 5% on a trade-weighted basis from the low at the end of July.

The stronger dollar will help at the gas pump, but be careful what you ask for.