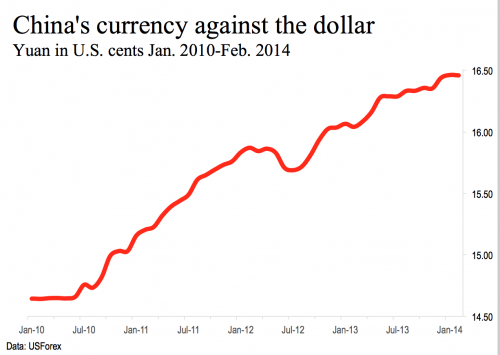 After rising about 11% from the beginning of 2010 through the early months of this year (top chart), China’s currency has suddenly gone into reverse.

That’s a decline of more than 2% — a huge move in the forex market for so short a time. The decline is even larger adjusted for inflation in the United States and China.

This is good news for U.S. customers of WalMart and other box stores. Imports from China will be cheaper as the yuan declines. But it is bad new for U.S. manufacturers who must compete with Chinese factories.

The political establishment in the United States, which has been pressuring China for years to allow its currency to appreciate, cannot be happy. 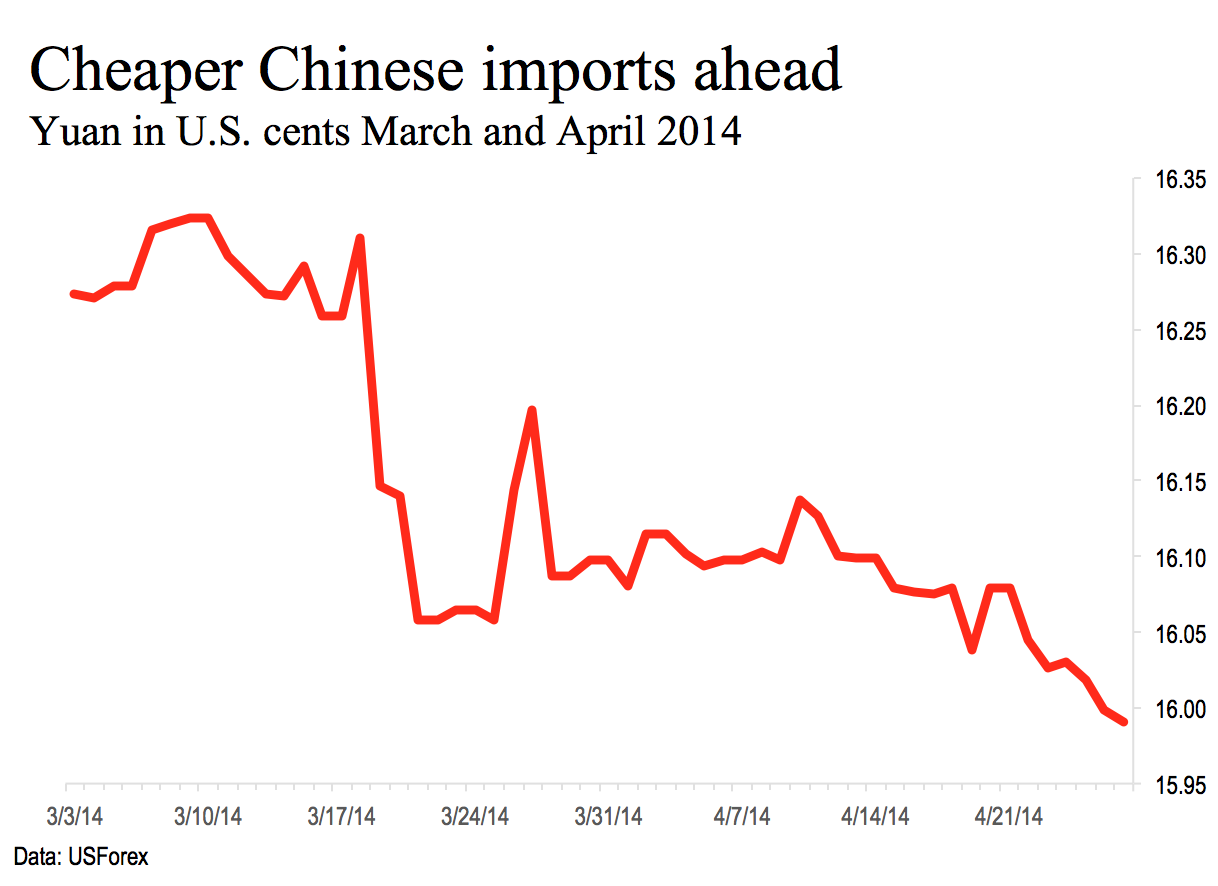 Why the change? Nothing I’ve read provides a wholly satisfactory answer. The New York Times reports it is a “mystery” whether the decline represents policy decisions or worries about slowing economic growth.

China has the wherewithal to defend its currency if it chooses. China has almost $4 trillion in reserve — dollars, euros, yen, pounds, etc.. My guess is that China’s leadership has chosen to weaken the currency in light of China’s slowing economic growth rate.

Weakness in the yuan may help push to the back burner talk about China’s currency knocking the dollar off its perch as the world’s dominant trade currency. The talk didn’t make much sense in any case.

China has what experts in international finance call a “closed” capital account. It does not allow its citizens to freely invest abroad, nor does it allow foreigners to freely invest in China.The Wall Street Journal’s Andrew Browne wrote recently that China’s financial system is too shaky to open the doors. “[t]he risk is that more money will flow out than flow in,” which would further undermine the system. 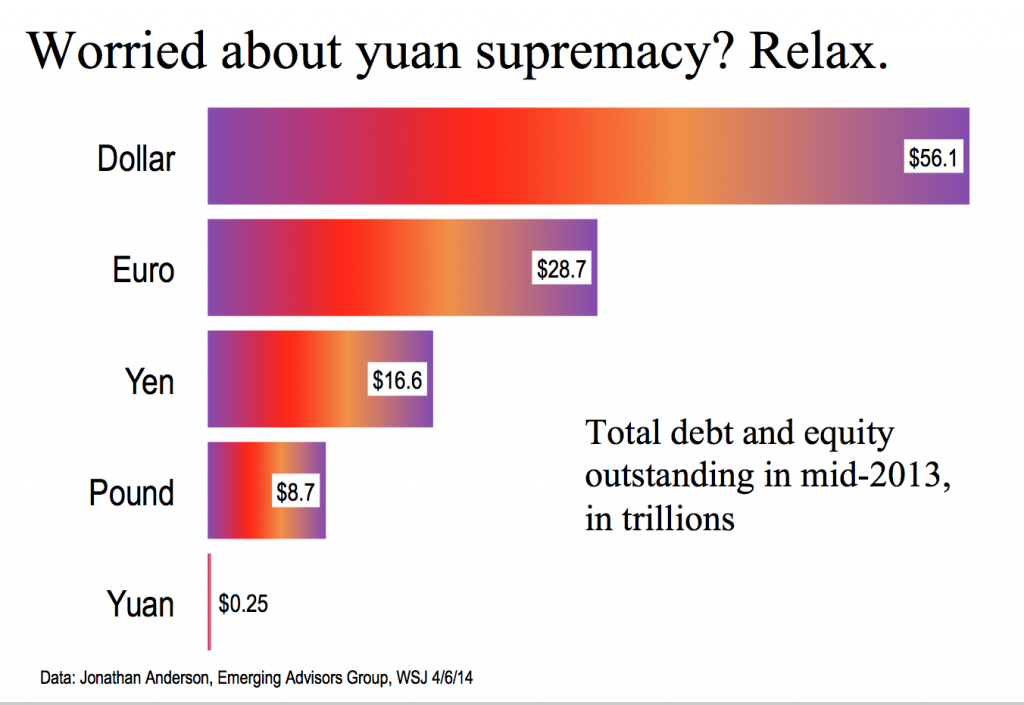 Size matters when it comes to measuring the importance of currencies, Browne wrote. “Despite all the hype about the Chinese currency’s growing stature, the universe of yuan assets in which global funds can invest is minuscule.”

Browne quoted Emerging Advisors economist Jonathan Anderson’s reckoning that the stock of securities (stocks and bonds) denominated in yuan and available to international investors is a mere $250 billion, a pittance compared with assets denominated in dollars (more than $56 trillion), Euros, yen and British pounds (lower chart). “The likelihood that the renminbi can achieve any ‘meaningful’ share of global portfolios in the foreseeable future is close to zero,” Anderson wrote in a recent report.

Cornell University’s Eswar S. Prasad, a former head of the China desk at the International Monetary Fund, wrote in the New York Times recently that the yuan will become a reserve currency “in due course” once capital controls are lifted, “but not the dominant one.” The reason: “With its present political and legal frameworks, it is hard to see investors seeing China as a safe haven for their money.”

The United States, Prasad wrote, “has a winning combination that no other country comes close to matching: not just a large economy but also deep financial markets, robust public institutions including a trusted central bank, and an effective legal framework.”