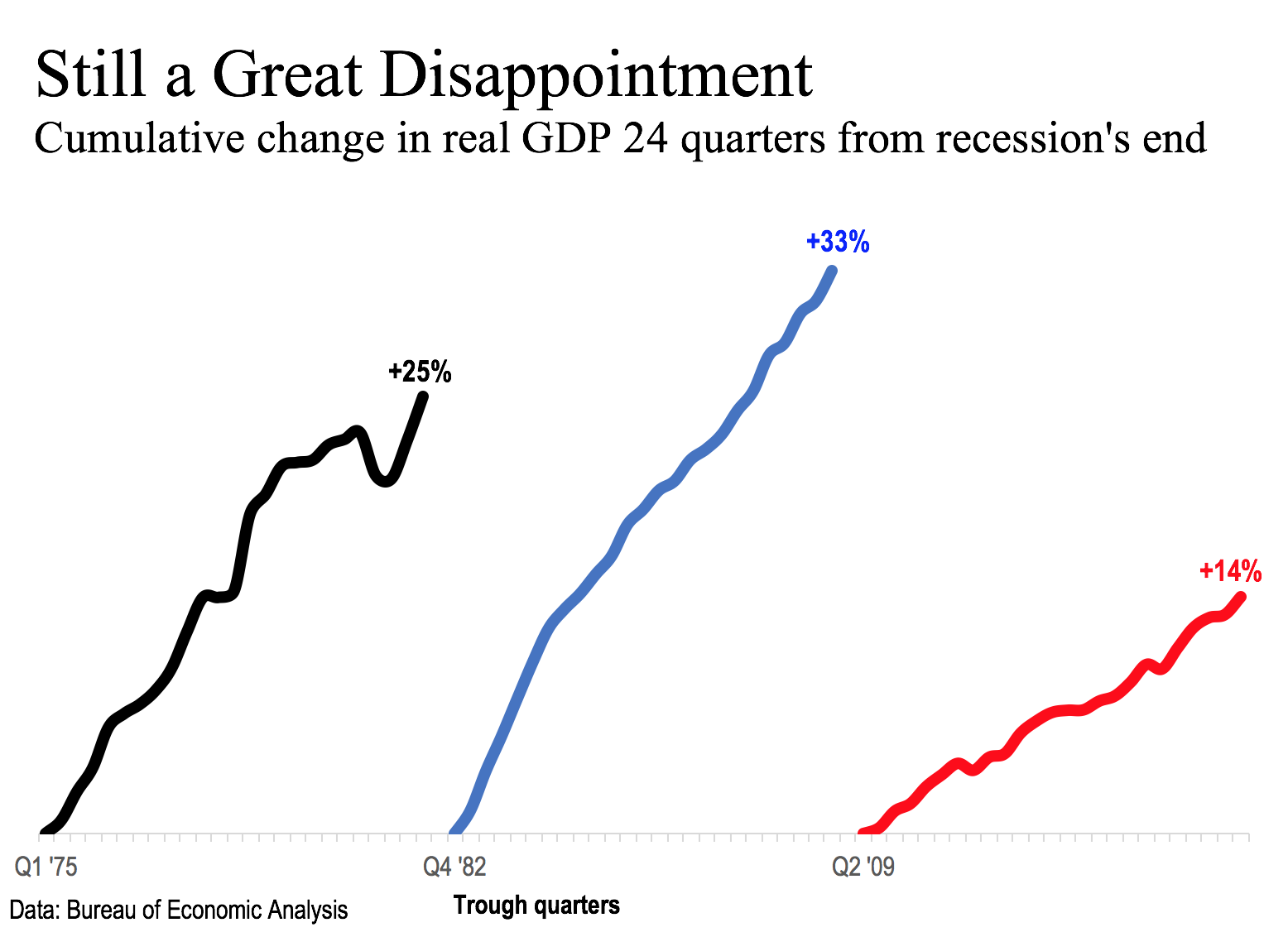 Good on us that the U.S. economy grew at an annual rate estimated at 3.7% in the April-May-June quarter rather than the 2.2% rate announced as the first estimate a month ago. But don’t get too excited.

State and local government spending accounted for a higher-than-average share of the growth in second-quarter GDP. The uptick is unlikely to be repeated.

And private businesses have been adding to inventories in the first half at higher-than-average rates. Companies likely will tamp down production somewhat in the second half to bring inventories back into line.

Similarly, the economy was 25% larger at this point in the recovery from the recession of 1973-’74.

This recovery still fully deserves the label “Great Disappointment.” Six years from the bottom, the economy has grown only 14%. I wonder how much stronger the economy would have been, how many millions might have had good jobs, had President Obama focused on freeing the animal spirits of private enterprise instead of transforming major sectors, including finance and health care.

For me the chart helps explain why The Donald, despite his standing as a xenophobic blowhard, has captured so much attention and support.