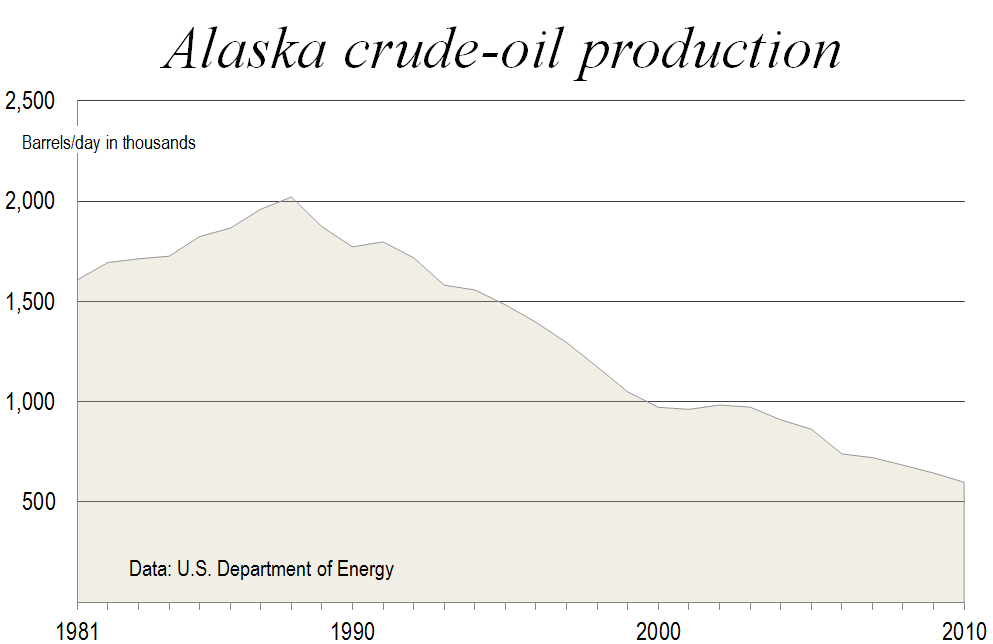 Alaska’s stranded North Slope natural gas looks to remain stranded. The more important trend for the short term, both for Alaska and for the Puget Sound area, especially Tacoma, is that oil production continues to decline.

No one who’s been paying attention to natural-gas developments was surprised that BP and Conoco Phillips on May 17 announced they’ve abandoned plans to build a $35 billion pipeline to exploit North Slope natural gas. The partners in the Denali project spent more than $160 million over the past couple of years planning what is routinely described as potentially the most costly private infrastructure investment ever.

They were foiled, as have been all potential exploiters of Alaska’s arctic gas, by the low price of natural gas in the Lower 48. When BP and Conoco launched Denali in 2008, the ubiquity of shale gas in the Lower 48 was not obvious. Since then, it has become apparent that the U.S. is the Persian Gulf of shale gas, with potentially a 100-year supply. The fly in the ointment is that the process of getting to shale gas — hydraulic fracturing, or “fracking” — involves injecting huge quantities of heated water at high pressure into gas-bearing rock. Environmentalists have begun to sound alarms. Yet for now, the availability of clean-burning and relatively cheap natural gas in the Lower 48 looks favorable for as far ahead as the eye can see.

The Canadian energy giant TransCanada, in partnership with ExxonMobil, continues to work on plans for a pipeline from the North Slope to the U.S. Midwest. TransCanada has the advantage of an Alaska subsidy of up to $500 million, instituted at the suggestion of former Gov. Sarah Palin. I doubt TransCanada will have any more success than BP/Conoco. Says Paul Jenkins, editor of the news site Anchorage Daily Planet: “[B]ecause of increased supplies and attendant low prices, our gas line ship has sailed.”

Meanwhile, oil production continues its inevitable decline. As the chart shows, production peaked at slightly over 2 million barrels a day in 1988. New fields continue to come on line in Alaska, but none can hold a candle to the elephant Prudhoe Bay field. High oil prices have taken the sting out of declining production, but that can’t last forever. Oil taxes and royalties have made Alaska something of a tax haven. The state has no general sales tax nor personal income tax. Oil-related revenue provides 80% or more of Alaska’s general revenues.

A famous bumper sticker seen in Texas and Oklahoma oil country exhorted: “Please, God, give me one more boom; I promise I won’t piss this one away.” There will be no gas-pipeline boom in Alaska in the foreseeable future. Aside from oil, Alaska’s economy depends on hard-rock mining and mostly seasonal activities — fishing and related processing and tourism. As well, there is a lot of government at all levels — federal, state, local and tribal. Especially at the state and local levels, government will have to shrink as oil revenues decline.

The likelihood of relatively slow growth in Alaska going forward hits Tacoma harder than Seattle. Almost everything that is consumed in Alaska except water first crosses the docks at the Port of Tacoma. Like the wildcatters of Texas and Oklahoma, the City of Destiny hoped for just one more boom.